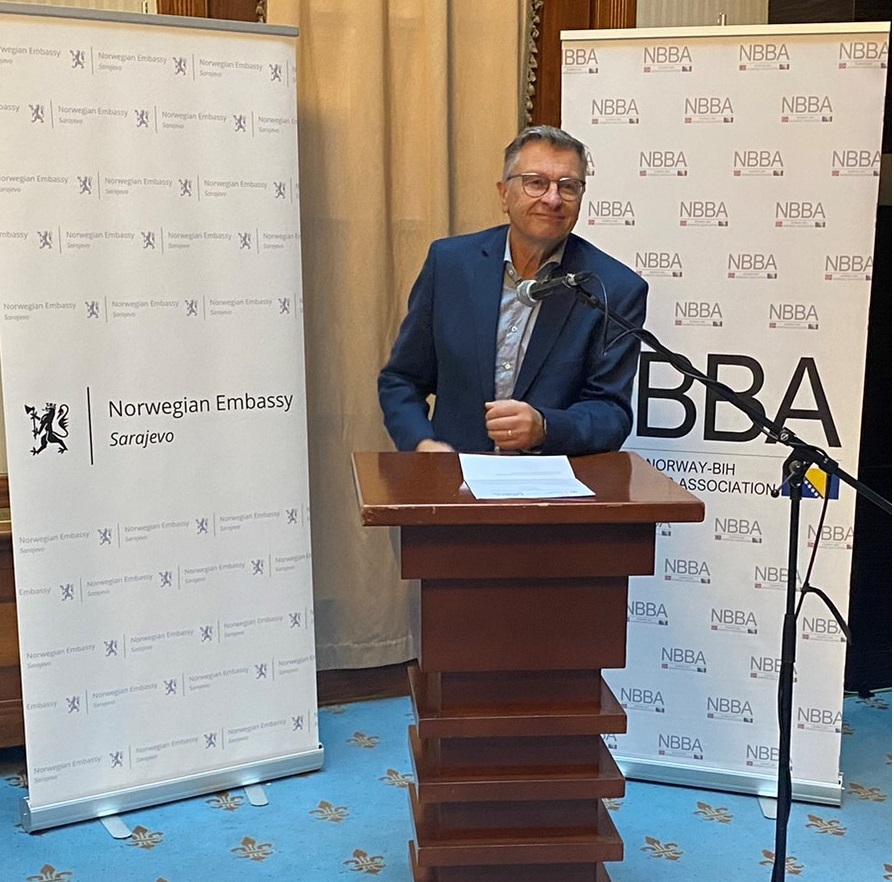 NBBA has concluded a successful first year with BiH based business communities and authorities meeting and establishing contacts with Norwegian businesspeople and Norwegian investors in sectors like green (renewable) energy, ICT, tourism and traditional industries like metal and wood industries.

Agreements and acquisitions have already taken place and NBBA aims to build further on this success. We want to attract new Norwegian businesses and investors to cooperate and invest in BiH.

NBBA is one of the most active organizations in BiH in improving local business environment. Through a wide range of services NBBA and the Norwegian Embassy in Sarajevo help to develop and create a brighter future for established businesses and entrepreneurs in partnership with Norwegian companies.

As an energy producing country, Norwegian companies are particularly focused on investments in green (renewable) energy. Green energy projects will also create business opportunities for the IT- and construction industries.

This could lead to development of specific business clusters. BiH has a huge development potential internationally due to highly skilled and innovative entrepreneurs.

NBBA want to expand the current business volume building on successful examples where Norwegian companies works with production facilities in BiH. We already see concrete examples of this in the IT and metal industry.

Important for NBBA’s philosophy is that there should be mutual benefits in business partnerships both for Norwegian and BiH based companies.

Advantages of investing in BiH:

Low Costs
BiH has one of the lowest rates of VAT (17%) in the region and Europe, as well as the very acceptable corporate tax rate at 10 percent and withholding tax at 5-10 percent. It has double tax treaties with close to 40 countries.

Location
BiH is close to European heartland, one to two hours by plane to/from most of Europe, and close to major European infrastructure arteries.

Competitive work force
BiH has a relatively low cost and well-educated and skilled workforce not least due to those that emigrated to highly developed European economies and later have moved back to BiH. Traditionally recognised as excellent performers.

Stable financial sector
BiH’s convertible mark (BAM) is one of the most stable currencies in SE Europe as it is directly linked to the Euro at the fixes 1:1.95583 exchange rate. The Central Bank maintains stability by operating under the Currency Board arrangement.