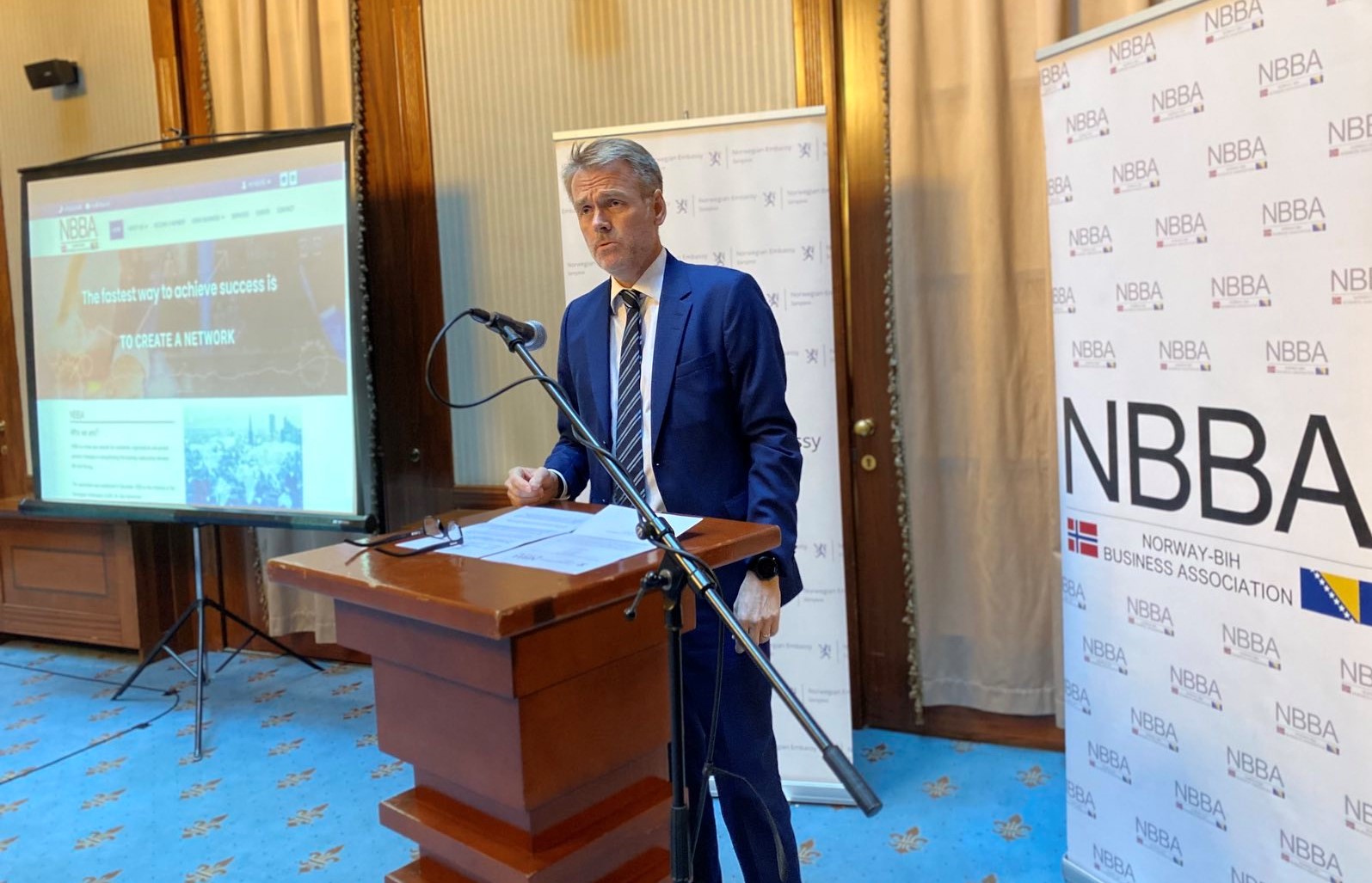 The Norway-BiH Business Association (NBBA) celebrated its first anniversary on December 1, marking a year in which it greatly surpassed initial expectations. The growth in relations between Norwegian and BiH business communities has increased significantly.

The NBBA aims to build on the success achieved so far by attracting more Norwegian businesses and investors in the next 12 months and beyond to cooperate and invest in BiH, Norwegian Ambassador Olav Reinertsen said at a reception in Hotel Europa.

“Exactly one year ago, exactly in this room, I had the great pleasure of launching a business hub that to my great satisfaction has exceeded our expectations – by far,” the Ambassador said.

“It has been an active year with several NBBA events in Banja Luka, Trebinje, Mostar and Sarajevo. The business communities and authorities of BiH have met and established contacts with Norwegian businesspeople and investors in green energy, ICT, tourism and traditional industries.

“But most importantly, concrete agreements and acquisitions have already taken place,” he said.

Norway is one of the most active countries in BiH on improving the local business environment, the Ambassador said. Through a wide range of services, it helps develop the economy and create a brighter future for young people and entrepreneurs in BiH.

“Our objective is to tackle brain drain by establishing sustainable businesses here. And to allow young people nurture their great minds in BiH – not abroad,” Ambassador Reinertsen said.

To further this objective, the Embassy will continue supporting Economic Governance for Growth (EGG) project in Phase Two. Edis Arifagic of the U.N. Development Programme in BiH, which implements the EGG project, presented the results achieved so far and gave an insight into what lies ahead.

“We expect to see some results within the first quarter of 2022. As an energy country, Norway is particularly focused on investment in green energy, but energy projects can also mean supplies for the IT and construction industry as well. This could lead to development of specific business clusters,” Olson said.

“Our impression about new initiatives and startups in BiH at the moment is that they have huge potential internationally due to highly skilled and innovative entrepreneurs”, he added.