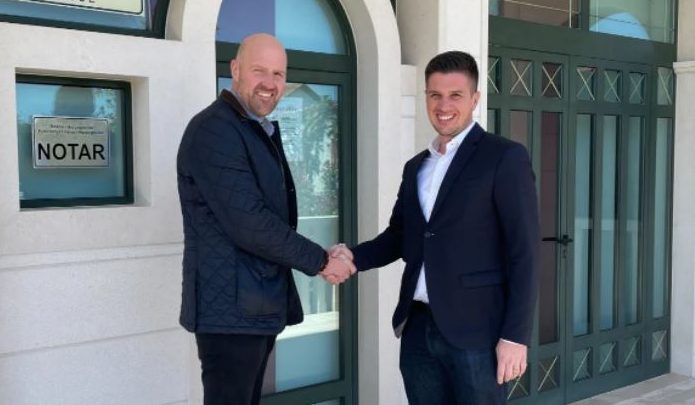 The project, agreed through the new international investment arm Greenstate Solar and the local subsidiary Greenstat Solar BH D.O.O, will be completed in the autumn of 2023 with an annual estimated production of 65 GWh, the company announced in a statement.

This is Greenstat’s first international investment, following an assessment of solar projects in Europe in the last 6-12 months, the company said.

“The solar power plant in Petjnik is Greenstat Solar’s first project in an expected larger portfolio in the future abroad. Greenstat now has a very favorable position in an exciting and emerging market in South-Eastern Europe. There are several project opportunities in the future in collaboration with GP Toming, which is also a family-owned Bosnian construction company that has installed photovoltaic systems since 2011,” it added.

The deal was signed by Ketil-Strøm Larsen on the behalf of Greenstat and Ivan Tomas for GP Toming.

“In addition to the collaboration with GP Toming, Greenstat is also constantly coming across other project opportunities in Europe, as we envisage a gradually increasing investment in South-Eastern Europe. Greenstat’s screening process is a combination of risk assessments, assessment of partners, due diligence work and prospects for a good return on investment for Greenstat Solar,” the company said.

The Petnjik solar power plant progress plan is as follows: